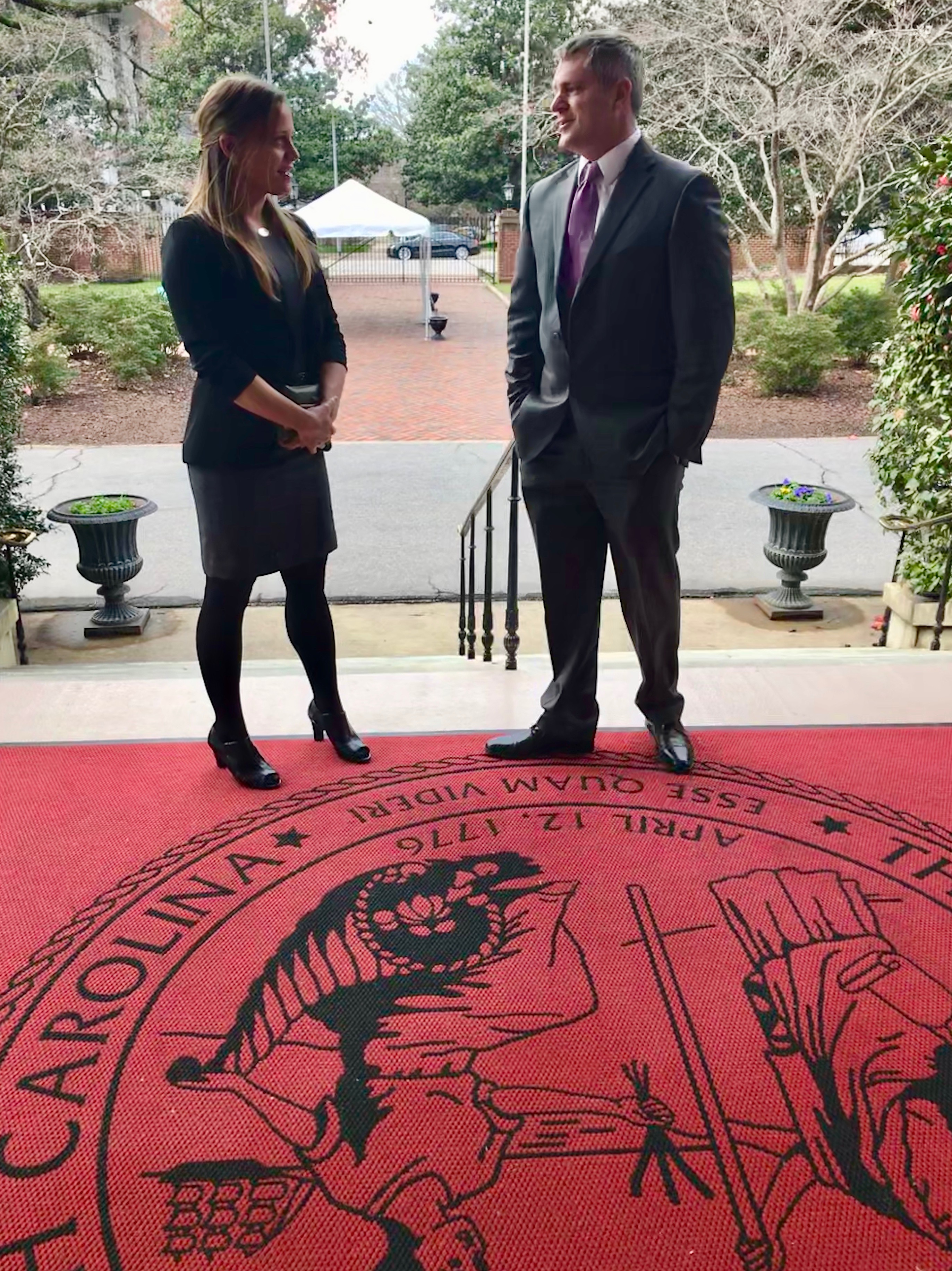 Six North Carolina companies received 2018 Governor’s Export Awards this week in a ceremony highlighting their success in increasing overseas sales, as well as the significant role exporting plays in the state’s economy.

North Carolina’s export of goods and services helps support more than 400,000 jobs in the state, according to the Brookings Institution in Washington, D.C.

With more than 80 percent of the world’s purchasing power outside the U.S, it’s clear why exporting is critical to the growth of North Carolina’s economy, Governor Roy Cooper said. We are honoring our state’s export leaders. Their commitment builds prosperity here at home and bolsters North Carolina’s global reputation as a strong climate for business.

The Governor’s Office developed the export award program in collaboration with the Economic Development Partnership of North Carolina (EDPNC), which helps North Carolina companies achieve their export objectives, and the North Carolina Department of Commerce.

The companies receiving 2018 Governor’s Export Awards in a ceremony Monday at the North Carolina Executive Mansion include:

Smaller companies with limited resources particularly benefit, Loyack added, because our help comes at no charge.

Without the EDPNC, ImmunoReagents would not have been able to travel to Spain, Germany and Dubai, meeting customers in person and developing networks that improve every year, said Ann Black, chief executive officer of Raleigh-based ImmunoReagents, which manufactures antibodies for the research and diagnostic markets. For a small export business, they are invaluable.

Here are more details about all the 2018 Governor’s Export Award winners:

ImmunoReagents, Governor’s Award of Excellence. Since Black founded Immunoreagents in 2005, the Raleigh company has become a leading global manufacturer of antibodies and reagents used in pharmaceutical and life science research as well as in vitro diagnostics. Its products are sold in more than 20 countries.

Unifi, Top Large Business Exporter. Headquartered in Greensboro with manufacturing facilities in Yadkinville, Madison and Reidsville, Unifi is internationally known for its high-quality yarns. In the early 2000s, Unifi began converting plastic bottles into high-performance fibers, including its REPREVE material that has been used by brands such as Patagonia, The North Face, Haggar and Ford Motor Company. The entire EDPNC team continues to support the growth of our REPREVE recycled yarns and the jobs that continue to grow with this business, said Kevin Hall, Unifi chairman and chief executive officer. Their export-assistance program includes valuable market research and intelligence to help us identify new export opportunities.

P2P Rescue in Wrightsville Beach, Top New Exporter. Founded in 2014 by Cliff Ray, who lost his father in a drowning accident, P2P Rescue makes innovative water and ocean rescue boards. P2P Rescue has used travel funding administered by the EDPNC to participate in trade conferences in Canada, Brazil, Australia and the Middle East, where it has connected with international distributors.

National Wiper Alliance, based in Swannanoa, Top Global Reach Exporter. National Wiper manufactures and converts nonwoven dry wipes for businesses in a wide range of industries, including aerospace, automotive, retail, health care, food service and janitorial. It also makes specialty products for the government and military. National Wiper exports to countries all over the world, under its own name and private labels.